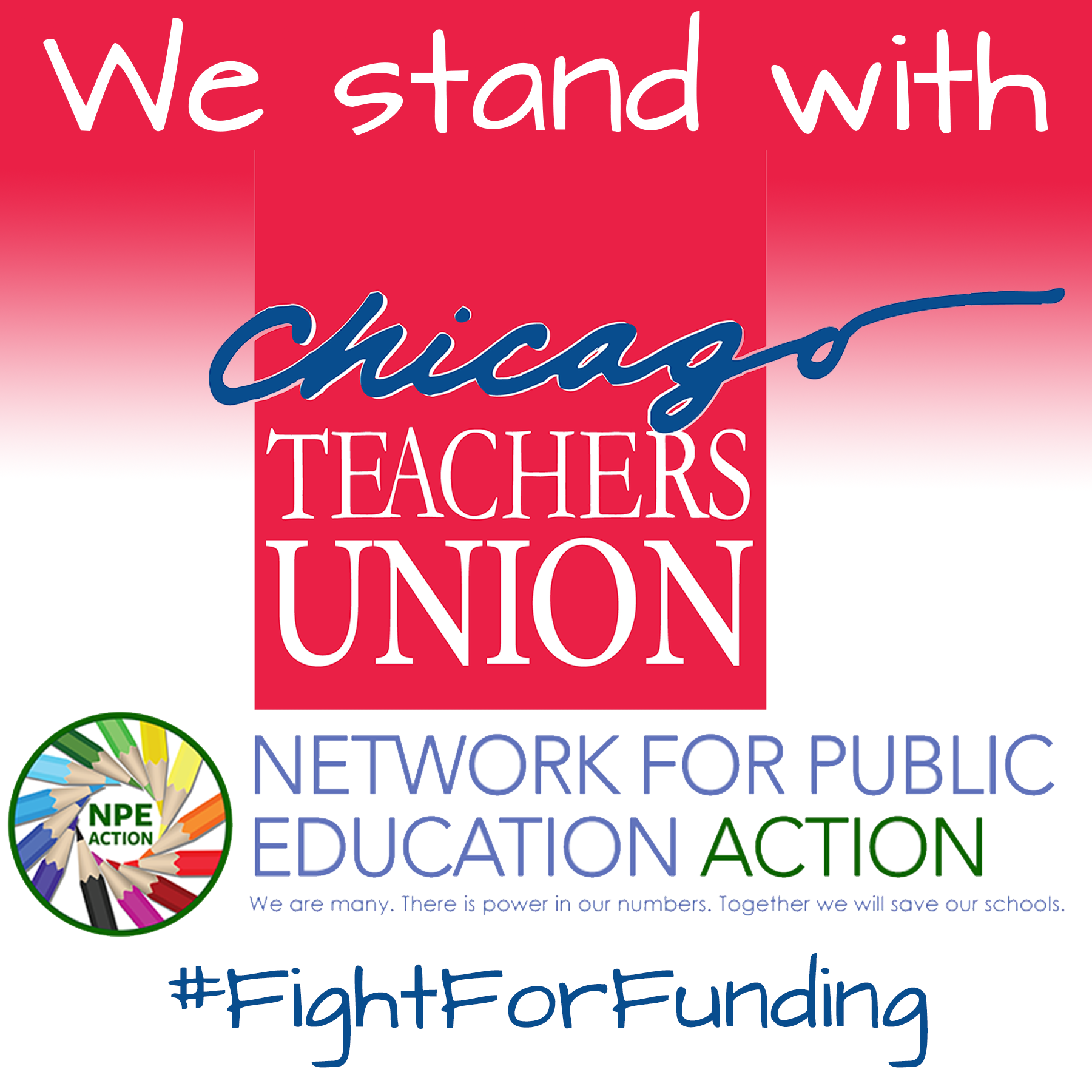 Frustrated by ongoing budget cuts, layoffs, and the Chicago school board’s support for privatization, the Chicago Teachers Union voted overwhelmingly to take a “Day of Action” on April 1.

NPE Action President Diane Ravitch said, “those of us who do not live in Chicago send our love and support to our allies who are fighting for the equitable treatment of the children they teach.”

CTU is protesting Mayor Rahm Emanuel’s failure to fund the city’s public schools, his hostility toward the city’s teachers, and his clear favoritism of the city’s charter schools, opened by his friends and funders.

Along with 50 other unions and community groups, CTU is on the picket lines and in the streets for this one-day strike.

This is a call for revenue for funding the schools and social services in this state appropriately. And this is not just from pre-K to 12, this is also higher ed, this is the MAP grants that our students—many of whom graduated from CPS schools—are not getting because of this budget crisis and the fact that the governor has completely shut down the budget process until he gets his wish on an anti-union agenda.

Chicago is the canary in the coal mine. The privatization of public education has been seen all over the country, but in Chicago it is on a much grander scale – public schools have been starved of funds, closed, and re-opened as privately run charters. Experienced teachers, and other critical staff have been laid off, and replaced by poorly trained, inexperienced, non-unionized teachers, if they are replaced at all. 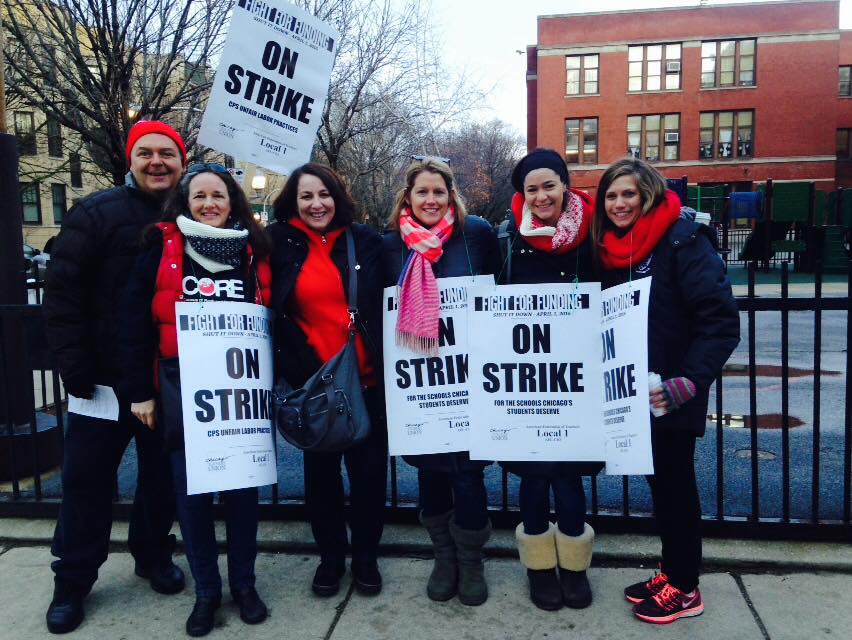 In many schools around Chicago teachers experienced losing their colleagues through the recent cuts. When a teacher leaves a job they do not simply pack their personal effects into a banker’s box and walk out the door. Most teachers need a U-Haul to pack up all the materials they have personally brought into the school. And they leave behind them grieving children (losing your teacher is akin to losing a parent) and colleagues who must take up the additional workload.”

NPE Action stands with our brothers and sisters in Chicago in their fight for fully funded schools.