NAEP results are in: The era of corporate school reform has failed.

Our Nation’s Report Card, which is what the NAEP scores are commonly called, paints a grim picture of the effects of nearly two decades of test-driven, top-down reforms based on business practices.

Send an email to your Governor and let them know it is time to listen to teachers and parents again.​

2017 NAEP scores are flat, with a few exceptions. There was no rebound after the 2015 drop in scores. Fans of corporate reform strategies told us that the Common Core and their other “reforms” just needed implementation time. They told us the evaluation of teachers by test scores would result in better teaching, which would in turn, close the achievement gap. They were wrong. 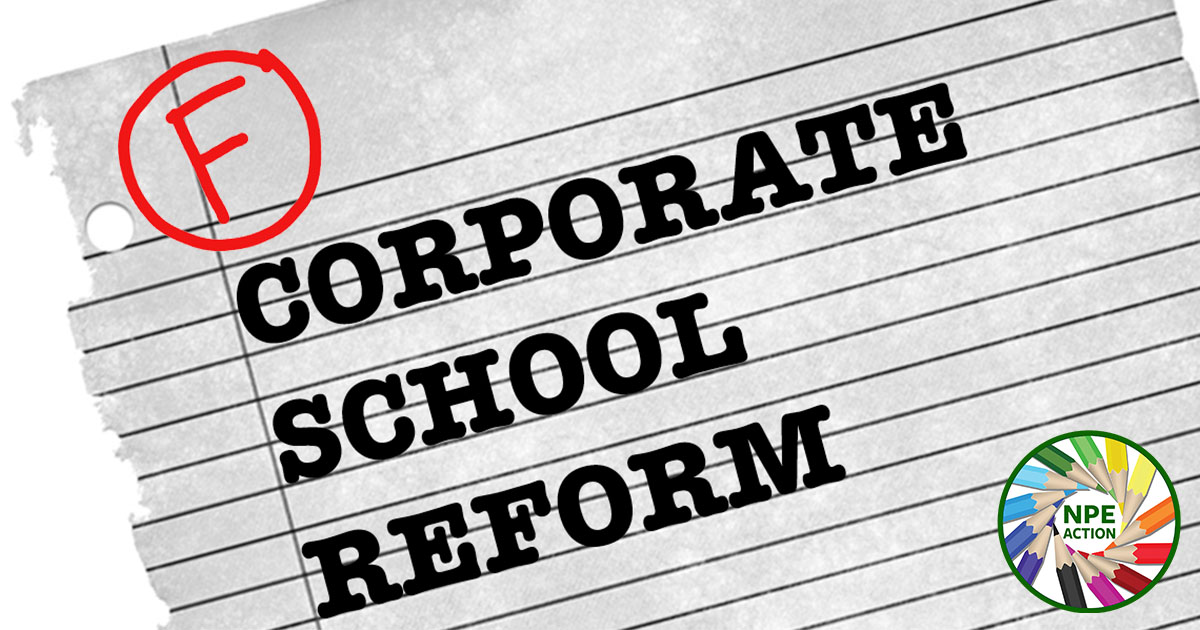 The billions squandered on annual testing and Common Core produced meager change, especially for those already at the bottom. Achievement gaps widened.

In short, the federal policy of standards, testing, and accountability is a train wreck.

It is past time to stop blaming students, teachers, and schools, and place the blame for stagnation where it belongs: On nearly 20 years of failed federal policy based on failed assumptions.

We are now facing a massive teacher shortage. The achievement gap is growing again, yet from the early 1970s until 1999, it was shrinking and NAEP scores were going up.

What is the difference between the reform strategies of the 1970s until 1999, and those since NCLB began?

1. School reform used to be guided by practitioners and university researchers. Billionaires did not tell schools what to do or attempt to set state and national policy.

2. It was understood that poverty mattered. There were strong efforts to reduce racial segregation and integrate schools. The era of integration produced the greatest NAEP gains.

3. Teaching was a respected profession, and although teachers have never been highly paid, compensation was fairer. According to the Economic Policy Institute, in 1994 the wage gap between teachers and workers with similar education and experience was 1.8%. By 2015 it rose to 17%.

It is time to restore the dignity of teaching and the joy of learning.

Send an email to your Governor and let them know it is time to listen to teachers and parents again. Click here​.

Thanks for all you do.