OUR FRIENDS AT SOS ARIZONA DID IT! EXPANSION OF VOUCHERS IS DEFEATED 65% TO 35% 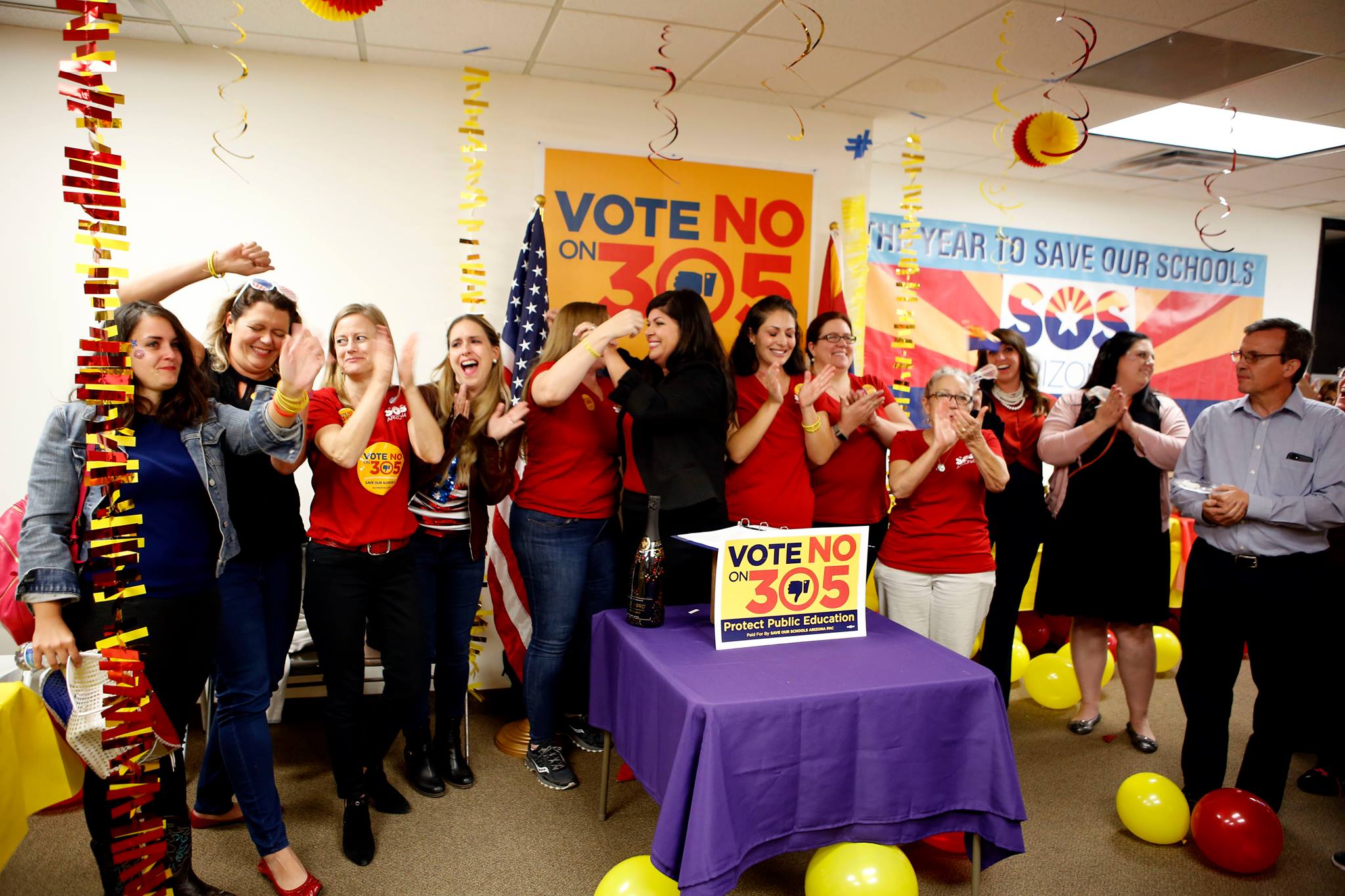 Once again, when vouchers are put to the voters, the voters soundly defeat them. The demise of Prop 305 is a huge setback for the Koch Brothers who invested heavily in this campaign. Congratulations to the pro-public education activists who put ESA vouchers on the ballot and then made sure the public voted  “no.” SOS Arizona recently won NPE’s first annual Phyllis Bush Award for Grassroots Leadership.

We were also pleased when the newly elected Governor of Nevada, Steve Sisolak, had this to say on Twitter a few days ago:

“A good education changes everything. But you need good public schools with higher salaries for teachers, smaller classes sizes for students, and a governor who won’t send public money to private schools.”

In Indianapolis, candidates opposed to the “portfolio” governance model of the district are poised to take 2 of the 3 open seats. Ballots are still being counted, but both are ahead.

Two opponents of charter schools won seats on the Jefferson County School Board with the intent of opposing the Kentucky Governor’s attempts to privatize public education. This election, nearly all of our endorsed school board candidates won their contests.

Why do school board races matter so much to those who want to privatize public schools? Please read Diane Ravitch’s and my latest piece in the Washington Post Answersheet which you can find here.

Two nail-biter races remain unresolved. One is the race for the Superintendent for Public

Instruction in California in which Tony Thurmond went up against Marshall Tuck. The California Charter School Association poured millions into the Tuck campaign.

The second is the race for the Superintendent of Public Instruction in Arizona where teacher Kathy Hoffman competed with a candidate with absolutely no qualifications at all.

Both races are too close to call.

NPE Action endorses public education candidates across the nation and follows the dark money trail from billionaires who support their opponents. We would love to do more. Please consider making a monthly donation to NPE Action​ so that we can update you about more candidates, referenda and legislation.

Thanks for all that you do.